A case study assessing the CO2 footprint and NO2 emissions for different drill cuttings treatment alternatives.

The offshore oil and gas industry has always been cognizant of its impact on the marine environment. The choices that operators make in how they operate, including the disposal of drill cuttings, must address an increasing number of environmental and climate targets in addition to those related to health, safety, and cost. As a typical well will produce approximately 1000 metric tons of oil-based drill cuttings, quantifying greenhouse-gas (GHG) emissions associated with the disposal and treatment of drill cuttings has become an essential step to achieving net-zero ambitions. 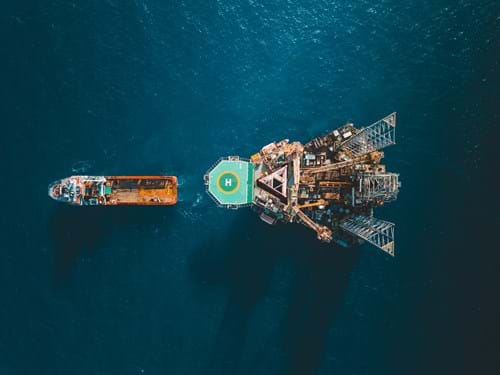 In 2020, TWMA engaged DNV, the independent energy expert and assurance provider, to undertake a comparative study between the company’s offshore thermal drill-cuttings treatment solution and conventional alternatives including “skip and ship,” bulk transfer, and cuttings reinjection (CRI) used on the Norwegian Continental Shelf (NCS). It is the first paper to show a direct emissions comparison between offshore processing and alternative methods implemented.

The study assessed the carbon dioxide (CO2) footprint and nitrogen oxide (NOx) emissions for each of the different alternatives. The values were then used to create an interactive emissions calculator that can easily be applied to specific projects to clarify the actual potential for emissions reduction within the drilling waste management process.

Technological improvements, as well as cost focus on existing solutions, have meant that offshore thermal drill-cuttings treatment has been widely adopted in many offshore basins as one of the safest and most cost-effective approaches. In Norway, which was the subject of the study, adoption of the technology has been slower than in other countries, with onshore thermal treatment of oil-based cuttings applied as the predominant technique, while some fields use offshore slurrification and injection into dedicated disposal wells.

However, the cost of drilling new disposal wells and the track record of successful offshore thermal projects in other countries have improved the frame conditions for the use of offshore thermal treatment of cuttings on the NCS. It has also been demonstrated, in an earlier independent comparative study by Carbon Zero (SPE 207519), that the carbon footprint of skip and ship to shore of drill cuttings is 53% higher than that of drill-cuttings treatment at the wellsite (SPE 202639).

The main options for oil-based drill-cuttings treatment are offshore thermal processing or cuttings reinjection, both at source, and skip and ship or bulk transfer to shore. 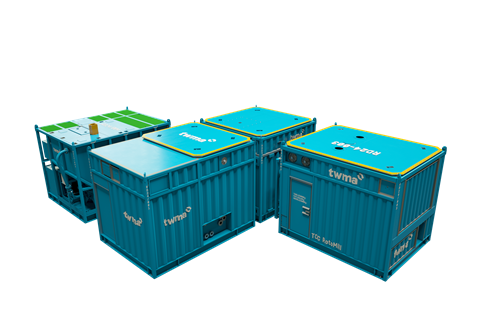 The technology uses a process of thermal desorption to separate drill cuttings and associated materials into their three constituent parts of oil, water, and solids for recycling and reuse or disposal. In an offshore environment, the hydrocarbon content in the recovered solids and water is well below most environmental limits for safe disposal and is therefore dischargeable to sea. Recovered base oil, which remains unchanged throughout the process, is reintroduced to the drilling mud system at source.

Cuttings reinjection is based on drill cuttings, slurrified with seawater, then injected under pressure into a dedicated drill-cuttings disposal well. Hence, one (or more) dedicated disposal well(s) is required.

Alternatively, skip and ship to shore is one of the most applied solutions in the NCS. Here, skips are utilized at the rig site to contain oil-based drill cuttings for transportation onshore. Typically, this could require more than 200 skips, each involving more than 12 crane lifts before reaching its final destination, amounting to more than 2,500 lifts per well. This activity also increases the likelihood of safety and environmental incidents.

In general, bulk transfer of drilling cuttings is similar to skip and ship. The main differences are that oil-based drill cuttings are pumped between storage tanks on the rig, vessel, and quayside rather than contained and lifted in individual skips.

With both skip and ship or bulk transfer operations, onshore treatment of oil-based drill cuttings is required and as such, emissions related to this must be considered.

To establish an emissions calculator and achieve an objective, fair, effective, and accurate way of assessing the emissions footprint of the different alternatives, several assumptions were made by DNV before boundaries were defined:

Having established a scope and identified activities, emissions data for the different processes involved in each method were collected and reviewed. Key sources of data were literature and guidelines for emission studies, as well as specific emission and energy consumption data from primary sources.

Data related to the emissions of each of these operational stages came from multiple sources such as rig contractors, onshore treatment suppliers in Norway, TWMA process data, and research institutes.

On and Offshore Power Generation

To calculate emissions for all alternatives to assess the different alternatives comparatively, all emissions were calculated as kg CO2 or kg NOx per tonne of cuttings treated/handled. Input data and emission factors for different activities and operations were also identified, evaluated, and converted for use in the model. Where possible, specific NOx factors have been used. Otherwise, activity-based NOx factors were used (for example, general rig factor or general supply ship factor).

To compare the emissions of the different drilling-waste-management applications, a comparative assessment was performed using an emissions calculator, developed in Microsoft Excel to ensure user accessibility. This had two main functions: the baseline emission factors for different activities and the variable parameters for which the user can add project-specific data.

A marine diesel engine is applied as the offshore power source for all scenarios, “EU power mix” for onshore, and a generic drilling rig for the CRI alternative in all scenarios, with 35 days for drilling an injection well with a capacity of 10000 tonnes of cuttings.

Use of offshore thermal processing technology showed the same level of emissions in all three scenarios, with 95 kg CO2 and 0.09 kg NOx emitted per tonne of cuttings treated. This method had the smallest emissions footprint and was based on the offshore power source; the alternatives have a fixed power demand per tonne of cuttings treated. The results yield an emission reduction of 14 to 48% compared with onshore alternatives.

It was also shown that emissions from skip and ship and bulk transfer procedures were highly dependent on sailing distances, as well as the power source for the onshore treatment facility and road transport distances.

The CRI alternative had the highest emissions of CO2 of all the scenarios—double that of the offshore thermal processing unit—with the majority of these emissions originating from drilling the disposal well. This related mainly to the number of days spent drilling, as well as the injection capacity of the disposal well. This method emits 205 kg CO2/tonne of cuttings to be injected. The emission of NOx was also relatively high for this alternative, with 1.92 kg NOx emitted per tonne of cuttings.

The results are examples only and will change among the alternatives depending on the actual project and the corresponding values applied in the variables function in the emissions calculator.