TWMA has used an office upgrade as an opportunity to uplift local schools and charities.

TWMA has used an office upgrade as an opportunity to uplift local schools and charities.

The Aberdeen-headquartered company has donated a significant amount of furniture to Hazlehead Academy, Fraserburgh Academy and Somebody Cares as the company refreshes its own equipment.

Irene Sharp, rector at Fraserburgh Academy said: “We are very appreciative of the high-quality furniture which was donated to us by TWMA.  This is already been put to good use and is a welcome replacement for our aging equipment. Some of the furniture was also gratefully received by primary schools within the Fraserburgh cluster.”

Jen Anderson, administrator at Hazlehead Academy, said: “We are absolutely delighted with the donations we received from TWMA. We have been able to rejuvenate the staffroom and replace some very old classroom desks, chairs, bookcases and filing cabinets with what appears to be nearly brand-new furniture.”

In addition to the donation of furniture, TWMA also donated surplus computer monitors through the Community Food Initiatives North East (CFINE). For two years, CFINE has worked in partnership with Re-Tek, a company committed to having a positive impact on the local and national environment by diverting material from recycling and the use of renewable energy.

Fiona Rae, deputy chief executive at CFINE, said: “All electronics collected from TWMA will go directly to Re-Tek in Glasgow, where the equipment will be refurbished and sold on or leased to commercial business and charities. CFINE now uses Re-Tek for IT equipment, including laptops and screens, which are leased on an annual basis. We are committed to making a positive impact on the environment and are delighted that TWMA has used this service.”

Gareth Innes, chief engineering & commercial officer of TWMA, added: “We are committed to doing our part for the environment across all aspects of our work, so it has been great to be able to do this while also giving back to the local community.”

TWMA has more than 200 UK employees and has operated in Aberdeen since 2000. The company employs more than 500 specialists across bases in Europe, the Americas, Africa and the Middle East. 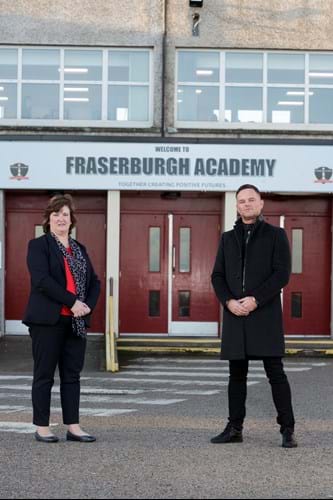